VIETNAMESE PEOPLE
The Vietnamese people (Vietnamese: người Việt or người Kinh) are an ethnic group originating from what is now northern Vietnam and southern China. They are the majority ethnic group of Vietnam, comprising 86% of the population as of the 1999 census, and are officially known as Kinh to distinguish them from other ethnic groups in Vietnam.
Although geographically and linguistically labeled as Southeast Asians, long periods of Chinese domination and influence have placed them culturally closer to East Asians, or more specifically their immediate northern neighbours, the Southern Chinese and other tribes within the proximity of South China.
According to a research study done by the Hopital Saint-Louis in Paris, France: "the comparison of the Vietnamese with other East Asian populations showed a close genetic relationship of the population under investigation with other Orientals," with the exception of seven unique markers. These results, along with remnants of Thai enzyme morphs, indicate a dual ethnic origin of the Vietnamese population from Chinese and Thai-Indonesian populations. Copy at www.vietnambiketours.com, According to another research by the Mackay Memorial Hospital in Taipei, Taiwan, the Vietnamese people are classified in the same genetic cluster as the Miao, Southern Han (Southern Chinese), Buyi and Thai, with a divergent family consisting of Singaporean and Thai Chinese, Minnan and Hakka.
Origins
According to legend, the first ruler of the Vietnamese people was King De Minh, a descendant of a mythical Chinese ruler who was the father of Chinese agriculture. De Minh and an immortal fairy of the mountains produced Kinh Duong, ruler of the Land of Red Demons, who married the daughter of the Dragon Lord of the Sea. Their son, Lac Long Quan (“Dragon Lord of Lac”), was, according to legend, the first truly Vietnamese king. Copy at www.vietnambiketours.com, To make peace with the Chinese, Lac Long Quan married Au Co, a Chinese immortal, who bore him 100 eggs, from which sprang 100 sons. Later, the king and queen separated; Au Co moved with 50 of her sons into the mountains, and Lac Long Quan kept the other 50 sons and continued to rule over the lowlands. Lac Long Quan’s eldest son succeeded him as the first of the Hung (or Hong Bang) kings (vuong) of Vietnam’s first dynasty; as such, he is regarded as the founder of the Vietnamese nation.
In 258 BC, An Dương Vương founded the kingdom of Âu Lạc in what is now northern Vietnam. In 208 BC, Chao Tuo (known as Triệu Đà in Vietnamese), a former Qin Dynasty general from China, allied with the leaders of the Yue peoples in what is now modern-day Guangdong and declared himself King of Southern Yue. He defeated An Dương Vương and then combined Âu Lạc with territories in southern China and named his kingdom Nam Việt, or Southern Yue (Nam means "south"). Việt is cognate to Yue, which is the pronunciation of Yue in ancient Chinese and some modern southern Chinese dialects. The term was used in bai yue ("hundred Yue") for the various peoples in what is now southern China, including the regions of northern Vietnam.
Diaspora
Originally from northern Vietnam and southern China, the Vietnamese have conquered much of the land belonging to the Champa Kingdom and Khmer Empire over the centuries. They are the dominant ethnic group in most provinces of Vietnam, and constitute a significant portion of the population of Cambodia. Under the Khmer Rouge in Cambodia, they were the most persecuted group. Tens of thousands were murdered in regime-organized massacres. Copy at www.vietnambiketours.com, Most of the survivors fled to Vietnam.
During the sixteenth century, some Vietnamese migrated into Thailand and China. In Thailand, they are mostly distributed in Isan provinces such as Nakhon Phanom or Mukdahan. In China, although somewhat more sinicized, their descendants still speak Vietnamese and form the Gin people of China. They are among the recognized minority groups in the People's Republic of China based especially in or around Guangxi Province.
When the French left Vietnam in 1954, some Vietnamese emigrated to France. However, there already have been ethnic Vietnamese residing and/or studying in France at least since the end of World War I. As a result of the partition of North and South Vietnam, nearly one million Vietnamese fled the North for the South to escape persecution.Copy at www.vietnambiketours.com, Meanwhile, a much smaller number of southerners joined the north.
The end of the Vietnam War prompted many others to flee the country. The six countries that accepted Vietnamese refugees were the United States, Canada, Great Britain, France, West Germany, and Australia. Tens of thousands had been sent to work or study in Central and Eastern Europe and later settled there, the vast majority among those from the north or those who stayed in reunified Vietnam after 1975.
1 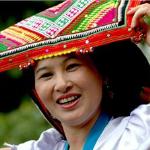 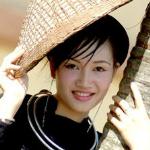 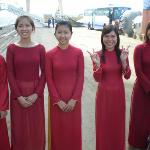 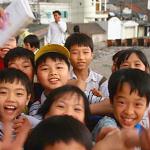 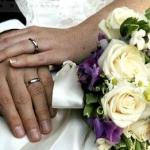