THAILAND OVERVIEW
The Kingdom of Thailand is an independent country that lies in the heart of Southeast Asia. It is bordered to the north by Laos and Myanmar, to the east by Laos and Cambodia, to the south by the Gulf of Thailand and Malaysia, and to the west by the Andaman Sea and Myanmar.
The capital and largest city of Thailand is Bangkok. It is also the country's center of political, commercial, industrial and cultural activities. In Thai, the city is referred to as "Krung Thep", meaning "City of Angels".
Thailand is the world's 51st-largest country in terms of total area, roughly equal in size to Spain, with a surface area of approximately 513,000 km2 (198,000 sq mi), and the 20th most-populous country, with approximately 63 million people. About 75% of the population is ethnically Thais, 14% are of Chinese origin, and 3% is ethnically Malay, the rest belong to minority groups including Mons, Khmers, and various hill tribes. The country's official language is Thai.
Thailand is one of the most devoutly Buddhist countries in the world. The national religion is Theravada Buddhism, which is practiced by more than 95% of all Thais.
Thailand is a constitutional monarchy with King Bhumibol Adulyadej, the ninth king of the House of Chakri, as the ruling monarch. The King has reigned for more than half a century, making him the longest reigning Thai monarch and the longest reigning current monarch in the world. The King is recognized as the Head of State, the Head of the Armed Forces, the Upholder of the Buddhist religion, and the Defender of the Faith.
Thailand is the only country in Southeast Asia that has never been ruled by a European power. However, during the Second World War, and while claiming neutrality, Thailand was occupied by the armed forces of the Empire of Japan who built the infamous 'Death Railway'.
Home > Thailand > Thailand Overview
1 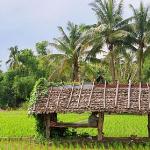 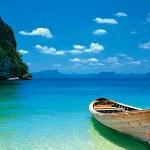 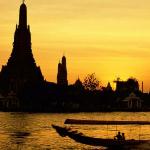 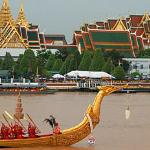 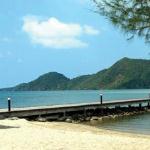