Home > Vietnam > Starting in Da Lat > About Da Lat
ABOUT DA LAT
During the 1890s, explorers in the area asked the French governor-general Paul Doumer to create a resort center in the highlands. The governor agreed, and Da Lat was put on the map as a colonial destination.
The French endowed the city with villas and boulevards; its Swiss charms remain today. Urban planning was carried out by Ernest Hébrard, who envisioned a modern city with a requisite health complex, a golf course, parks, schools and homes. The legacy of boarding schools where children from the whole of Indochina were taught by French priests, nuns and expatriates lasted until the end of French rule. Architecture in Đà Lạt is based on the period of French colonization. Built in 1938, the Dominant de Marie Church and Convent offers a panoramic view of the city. The Convent is a home to Roman Catholic nuns of the Mission of Charity.
Da Lat has uniquely temperate weather; it is often referred to as the "city of eternal spring". With its cool climate year round, Da Lat is the area that supplies the most temperate agriculture products to all of Vietnam, for example, cabbage and cauliflower. Known for its pinewood, Da Lat is also referred to as the “city of pine trees". It’s roads twist and turn flanked by pines and marigold blossoms in the winter. The city’s flower industry typically produces two flowers: hydrangea (Vietnamese: cẩm tú cầu) and golden everlasting (Vietnamese: hoa bất tử).
1 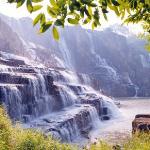 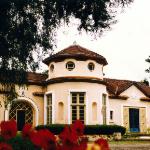 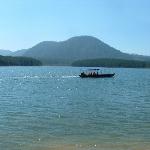 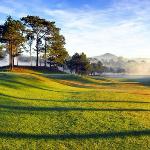